The Sushi Lover's Cookbook: Easy to Prepare Sushi for Every Occasion 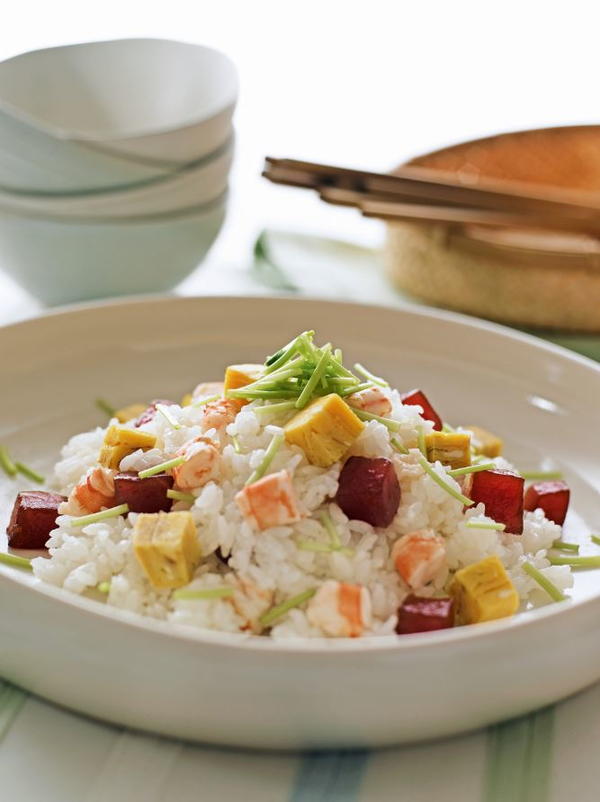 Editor's Note: Make this Tokyo Style Sushi Rice Salad when you are craving traditional sushi flavors but aren't interested in doing a lot of work. To make this sushi bowl recipe, homemade sushi rice is combined with sakamushi-style shrimp, soy-marinated tuna, and flavorful pieces of Japanese-style omelet. The fresh tuna in the salad will remind you of traditional Tokyo-style sushi without the fuss of constructing sushi rolls. This simple sushi rice bowl recipe is an easy but elegant way to serve sushi to a crowd.

Shogun Ieyasu Tokugawa made history in 1603 when he moved the seat of Japan’s government from the magniﬁcent city of Kyoto to a distant ﬁshing town in eastern Japan called Edo. His new capital thrived, and in 1868 it changed its name from Edo to Tokyo. City residents whose roots stretch back for generations are proud to call themselves Edokko (literally, “Children of Edo”) rather than Tokyoites, and the buying, selling and eating of ﬁsh is still a vital part of the city’s economic and cultural life. Tokyo-style sushi, reﬂected in this recipe, tends to highlight bright red pieces of fresh-from-the-waterfront tuna. 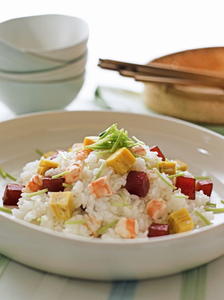