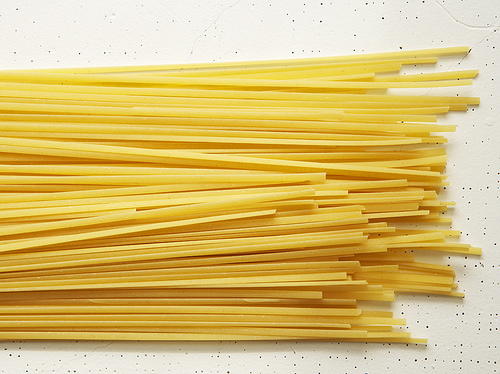 Editor's Note: You've probably encountered a dish similar to these Cold Noodles with Sesame Sauce being served as a type of noodle salad, but you've never seen it quite like this. This Chinese noodle recipe has been a staple for a long time, and these pack quite a punch - cayenne pepper adds an element of spice that's usually missing from similar noodle recipes. You can serve this as a salad or pair it with a protein for a filling and flavorful main course.
Cold noodles with sesame sauce was cutting-edge Chinese in 1969, and New York City’s food adventurers were going to Chinatown to eat them at Hwa Yuan Szechuan Inn at 40 East Broadway, one of Chinatown’s first Szechuan restaurants. It was opened by Chef “Shorty” Tang, who became famous for the dish. Tragically, Shorty died in 1971. His family carried on for nearly a decade without him, but to their credit, the food remained as good as it was when Shorty was alive, and Shorty’s reputation continued to grow. In 1977, Milton Glaser and Jerome Snyder, in their Underground Gourmet guide to New York City, note that Shorty “is reputed to be the culinary teacher of almost every Szechuan chef in town.” They seemed not to know that he had been dead for six years. The noodles were, in fact, just one among many other more ambitious and totally exotic Szechuan delights that Shorty would no doubt have preferred to be remembered by. I was a poor newlywed at the time he opened and remember frequenting the restaurant for a few other things—somehow braised duck sticks in my memory. Besides serving food that was breathtakingly spicy, the complete opposite of the subtle, if not downright bland, Cantonese-style cooking that ruled the day, Hwa Yuan was affordable. Cold noodles with sesame sauce is very much part of New York City today. Every so-called salad bar has them. Every Chinese take-out menu lists them. Hardly anyone still associates it with the rage for hot and spicy Hunan-Szechuan cooking that was so popular in the 1970s. Indeed, it doesn’t even have the pepper bite that it had when it was introduced back then. The following recipe suggests a range of pepper to suit your taste.

I have served this as a sort of salad base to receive additions of, say, strips of roasted chicken, pork, or shrimp, or steamed vegetables such as broccoli, string beans, carrots, fennel (could be raw)—you name it. The sauce, apart from the pasta, is also good as a salad or vegetable dressing. 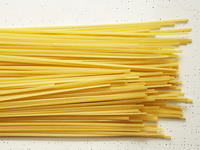 @Dave941 - I live on the Upper West Side and love hearing your memories! Let me know how the recipe turns out for you. All best, Kara Rota Cookstr Director, Editorial & Partnerships

I used to go to Empire Szechuan to get this when I was just a kid, 3 or 4 years old. It was on the corner of 97th & Broadway. My parents knew the owners & they invited our entire family to come on their opening night. Forward to the present day & Empire Szechuan is all over New York City. That six or seven seat restaurant now runs the entire block. They, no doubt, had the best Chinese food in Manhattan. Thanks for posting this recipe. I always loved that spicy 'kick' that this dish delivered. Can't find it like that in too many places anymore, especially here in Florida. I'll try it out & let you know what I think.

How cool to find this 43 years after first having Shorty make it for us. We moved back East from L.A. Woodstock weekend. My Father, the Original Foodie (srry Arthur-He was a fanatical Fan of your Radio pgm in his latter years) somehow found David K's first place on W. B'way around 96th. This was the first Szechuan Restaurant in NYC and Shorty was in the kitchen, turning this and other amazingly, delightfully hot stuff out. I remember it being made with Chilipaste w/garlic (Lan Chi=real deal) for heat. Don't recall coriander or cuc's but maybe they came with his own place you mention. Shorty's Ants Climbing a Tree were also off the scale. Thanks for this: it's so a part of family past I can now resurrect